ExecutiveChronicles | What’s The Difference Between ASD And PTSD? | Millions of people across the world may experience at least one devastating and catastrophic event in their entire lives. When someone experiences a traumatic event, it is extremely challenging to process the stress responses that occur in their minds and bodies.

Thereafter, acute stress disorder (ASD) may occur immediately after the event. It becomes post-traumatic stress disorder (PTSD) if trauma becomes long-term suffering. ASD and PTSD may have similar symptoms, but both need immediate help and treatment for better conditions.

While ASD and PTSD share similar characteristics, there are key elements that help distinguish one from the other. For example, PTSD may only be given as a diagnosis if symptoms persist for a month. Otherwise, it’ll be classified as ASD.

Learning more about these mental disorders may help differentiate between the two. If you don’t know where to start, you may continue reading this comprehensive guide for more information.

If you or a loved one is suffering from trauma, it’d be best to consult your doctor or seek help from a mental health facility that offers mental health treatment for trauma. Such treatment programs include psychotherapies that may help you recover and restore healthy life.

What Is Acute Stress Disorder?

ASD is a naturally-occurring mental health condition that occurs as an aftermath of a traumatic event. Usually, its symptoms may show up within the first month preceding the catastrophe, and they may last for three days up to a week.

While it’s typically normal to struggle with emotional and mental trauma from psychological distress, they may require extra care and support to help them recover from their pain, especially when symptoms last for a couple of weeks.

What Is Post-Traumatic Stress Disorder?

PTSD refers to difficulty coping with symptoms of trauma and distress. However, you may only be diagnosed with PTSD if symptoms persist for more than a month. Also, it can manifest even if it’s already months or even years after the traumatic event.

While PTSD may follow the occurrence of ASD, it may develop and progress even if ASD never existed firsthand.

What Are The Differences Between PTSD And ASD?

The differences between ASD and PTSD include the following factors:

One of the main differences between ASD and PTSD is the onset of their condition. As discussed earlier, the symptoms of the former condition naturally begin within the first 30 days after a traumatic event.

Nevertheless, if symptoms persist for more than 30 days, the condition will be diagnosed as PTSD. Also, it’s important to note that the mental health condition may be triggered even if it’s already been months or years preceding the traumatic event.

Also, as mentioned above, PTSD may occur even if the patient has never experienced or been diagnosed with ASD.

The symptoms ASD produces may only last around three to thirty days. However, in the case of PTSD, symptoms may last for several months or even years, considering that PTSD may keep coming back once triggered by the environment.

On top of that, it’s worth noting that symptoms of PTSD may become severe that they interfere with and disrupt the quality of life, including relationships with other people.

Furthermore, the symptoms of PTSD usually start within the first three months preceding the traumatic incident.

ASD symptoms are focused and concentrated on dissociative or self-detachment issues, while symptoms of PTSD involve hyperarousal, re-experiencing, negative changes in mood and thinking, and avoidance.

You can find more information about these symptoms below.

When it comes to ASD, the most common treatment plans prescribed by most doctors and therapists are short-term psychotherapy and anti-depressants. Both treatments may be combined to produce much better results and improvements.

On the other hand, long-term psychotherapy, prolonged medications, and EMDR therapy may be required to relieve mild to severe symptoms brought by PTSD.

You may continue reading below to know more about these treatment programs.

What Are The Symptoms Of Acute Stress Disorder?

The symptoms of ASD may take place after a traumatic trigger, which can be seen, heard, or experienced personally. Below are the signs and symptoms you might want to observe:

These symptoms may affect relationships with other people around you, work productivity, and school functioning. As discussed earlier, such symptoms may last between three to thirty days after a traumatic event.

On top of that, people with ASD may find it difficult to function and maintain their normal lives due to self-dissociation. Not only that, but they may also experience losing interest in performing the activities they once loved and enjoyed.

What Are The Symptoms Of Post-Traumatic Stress Disorder?

The symptoms produced by PTSD may resound those of ASD in most cases. These symptoms are categorized into four divisions, such as the following:

Hyperarousal syndrome is one of the major symptoms of PTSD. These are life-changing and mood-altering symptoms due to constant irritability, uncontrollable anger outburst, sleeplessness, and paranoia. On top of that, it’d be difficult to focus and concentrate on what you’re doing and probably be always looking out for potential troubles.

Intrusive symptoms refer to unwanted memories that may keep on coming back as a nightmare or dream. Additionally, severe cases may include reliving devastating and traumatic memories as if they were happening again. This may lead to strong disturbing reactions and serious emotional distress that may affect one’s life.

These are personal thoughts and feelings that may prevent someone from being happy, enjoying life, and experiencing love. They may also lose interest in some activities which they previously enjoyed. Moreover, they may have a lot of negative thoughts not only about themselves but also about the world around them.

When people don’t want to remember unwanted and distressing traumatic memories, they’ll try to avoid anything and anyone that may trigger and remind them of the past. They’ll also try to avoid even feelings and emotions that may bring their trauma back.

What Is The Treatment For Acute Stress Disorder?

The right approach to trauma may vary from person to person. No single treatment program can treat two or more people at the same time. Therefore, it’d be best to work with a healthcare professional to help you determine the best option for your condition.

The primary purpose of treatment for ASD is to reduce the occurrence of symptoms, improve mental health conditions, and prevent PTSD.

Here are the common methods involved in treating ASD:

In most cases, doctors and therapists often recommend CBT as the initial treatment program for people with ASD. According to studies, it effectively prevents PTSD, and prolonged treatment is critical to improving ASD symptoms.

This treatment program helps patients manage their stress and triggers, including anxiety, to prevent and reduce the worsening of symptoms. Some examples of mindfulness-based interventions include meditation and calming exercises, such as yoga and breathing exercises.

Doctors may prescribe anti-depressants and anticonvulsants to help relieve the symptoms of ASD. Other medications may also include anti-anxiety and selective serotonin reuptake inhibitors (SSRIs).

What Is The Treatment For Post-Traumatic Stress Disorder?

Here are some treatment programs for PTSD:

Cognitive processing therapy (CPT) is a branch of CBT that uses a 12-week treatment program with a session that may last up to 90 minutes. This treatment will help you process, evaluate, and change your thoughts concerning your traumatic past. In addition, the therapists will help you understand your trauma and find some ways to get over it.

During EMDR therapy, you don’t have to mention your thoughts and feelings regarding your past traumatic experiences. Instead, you have to focus your mind on it while watching or listening to what your therapist has to do, such as flashing lights, making hand patterns, or producing a sound.

The primary goal of EMDR is to help you think positive thoughts while remembering unwanted and distressing memories. The entire therapy may take up to three months.

People with PTSD think differently than those with ASD, considering the severity of their condition. It’d be difficult for them to balance their thoughts and emotions because their neurotransmitters are going out of control. Therefore, you need medications to help you improve your feelings and relieve your symptoms.

Some medications may include anti-depressants, monoamine oxidase inhibitors (MAOIs), beta-blockers, anti-psychotics, and benzodiazepines.

The differences between ASD and PTSD revolve around the four key elements: the onset, symptoms duration, symptoms experienced, and the treatment process.

The primary difference that’ll help you distinguish one from the other is the onset of symptoms. Based on the discussion above, the symptoms of ASD may only last for a maximum of 30 days and a minimum of three days. If the symptoms persist for more than a month or even a year, it’s more likely to be PTSD.

Whatever the differences are, the most important thing is to get yourself checked and treated as early as possible to prevent the condition from getting worse.

6 Best Ways to Use a Staple Gun

What to Prepare if You are Staying in a Beach Hotel 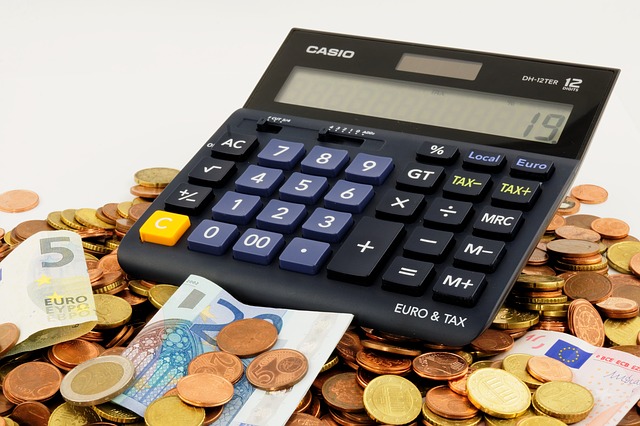