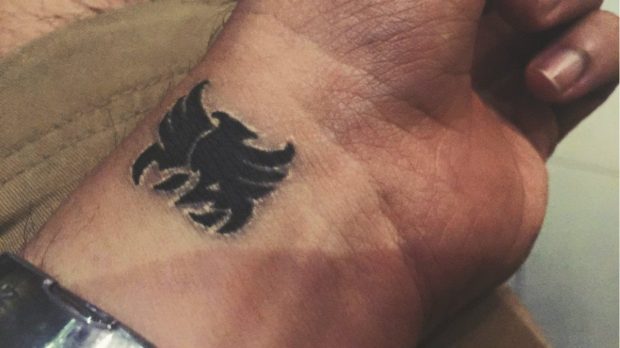 Lady Gaga once shared her story about her ex-boyfriend who dismissed her talents. She relayed, “I had a boyfriend who told me I’d never succeed, never be nominated for a Grammy, never have a hit song, and that he hoped I’d fail. I said to him, ‘Someday, when we’re not together, you won’t be able to order a cup of coffee at the f*ck*ng deli without hearing or seeing me!”

That was a fierce, powerful takeaway I never forgot reading in a magazine one afternoon sometime ago. A superstar, a force of nature, truly accomplished and she once was a regular person like the most of us.

I wonder, how many of us see a downfall, a shamed reputation and failures as the point for a turnaround? I think only a few. We’re melodramatics who are mostly in the defensive. We take it in like a sour shot of beer. We complain. We play small. We let ourselves stay small.

Like the rest of us, we don’t change that easy. Sure, we provoke change, we demand CHANGE. It’s a Facebook post declaring you’ve decided to go to finally working on your dream project. It’s a Youtube motivation early in the morning to help you lift off to go to the gym. It’s a commitment to your sister or brother that you’ll support them in an endeavor but ended up disappointing.

We lack control of our lives even in the midst of desperation. We are easily tempt to provide an excuse by saying, “that’s life” or ending a sentence with “life happened” The poor victims which are us.

Change is a powerful decision of the people whose spirit is fed up for the wrong and ready for what can be right.

Change then happens only by choice. Change is a powerful decision for the people whose spirit is fed up of the wrong and ready for what can be right. In retrospect, I remember the changes that propelled me…

What are you fed up of? What do you not tolerate anymore, and what do you, in your bones, want to happen with your life? Your answer is your breakthrough you wouldn’t want to renegotiate anymore; no more compromise and no more mercy to give. You’re done of the past.

Change happened when Shonda Rhimes, the creator of the hit sitcom Scandal and Grey’s Anatomy, couldn’t fit a first-class airplane seatbelt because she’s overweight. She felt she hit rock bottom at 100ft. She rose from it and she changed her life drastically, lost a hundred pounds and wrote a book about it entitled “Year of Yes”.

Change happened when Steve Jobs was fired from the company he started, Apple, after a long power struggle. He left, ashamed, but started again with a new company, Next Computers and eventually, Pixar. He returned a decade after to become Apple’s CEO and the rest was history. In his Stanford speech, he said he rose and decided to start over by “following what he loves.”

Change happened when JK Rowling sank into a deep, grieving depression after her mom’s death, her failed marriage and a new responsibility as a single parent. Undaunted, she wrote the first manuscript of the Harry Potter book in her free time. After a lot of rejections, she was able to sign a book deal and the rest was history. She was popularly quoted saying “rock bottom became the solid foundation on which I rebuilt my life.”

Rock bottom, then, can be a birthplace for a resurrection.

There must be a blessing in finding yourself after devastation; a heartbreak, a failed business, mounting disappointments. Rock bottom, then, can be a birthplace for a resurrection. There’s a miracle that is waiting to happen in the rubble and the dirt, of uncertainty and of shame. History has proven that life is designed for a comeback but in the most sacrificial way.

How? Maybe the mix of pain and shame undresses you so boldly to help you discern the most essential, and strip away the inessentials. To see face-to-face fears that blanketed you warmly before and wired you to believe all the things that you can’t defeat.

So what cultivates real change? The real, authentic change.

One Friday night while lazily checking Youtube videos I came across Anthony Robbins, one of America’s best motivators. I was in frantic need for a motivation so I was streaming his videos randomly until one struck a chord. He was talking about how to draw true, lasting change. He said “It’s not just goals, not just your plans. If you want to change your life, raise your standards! ”

In a concert in Manchester for her 1988 album tour, Taylor Swift gave her audience a piece of advice, “Your past mistakes don’t make you damaged. They make you clean.” When I heard that, I couldn’t help but repeat it for ten more times. Clean. Washed of dirt and addictions. Brand new.

The past calls for a fresh start. To be the fool. To rewrite yourself. Cleaning out of the dusty and worn out beliefs to give way for the standards you will set for yourself. Expanded. Bigger. And yes, you got it right, stronger.

After you read this and after I sold you back to believing in your aspirations, you’d likely find yourself again in an idle afternoon with the same familiar sentiments of fears, of retrograde, of doubt. You’re back to being human. You can walk away from this, and find a way to feel safe and secured. You’ll be saying “I don’t know how” But getting this far, something in your eyes says, “It’s possible for me!”

It was late afternoon during my birthday last 2015 when I had a tattoo on my wrist of a tiny Phoenix. Popularly known in Greek mythology and the Harry Potter novels as a long-lived bird that is cyclically reborn, I can see a resemblance of the human struggle.

“I will let myself be consumed by my failures, my flaws and my mistakes. I will let the horrors of what my life had become ignite a fire that can fully consume me. All the wounds and tears, the blood and sweat fueling a greater flame, burning me into ashes. Then, out of the ashes of what was once me, i will Rise again. New. Better and Free.”, my friend Ryan explained poetically describing my tattoo.

Who doesn’t love the idea of rising? So much ignition of energy and hope. Perhaps it’s what our downfalls are for. To learn how to rise from it again.
—

About Ralph
Ralph Layco is maverick entrepreneur, speaker and columnist for ExecutiveChronicles.com. He mentors young startuppers and lives in General Santos City in the Philippines. He is the Founder and CEO of hair care brands Macho Mucho and Hairfood Co.