“We were hoping not to discuss this matter publicly. But since the fake news and unsigned poison letter keep coming out as allegedly coming from people identifying themselves as the sons of Bro. Mike Velarde, it is now time to tell the truth so the public may know exactly what happened. Obviously, these are destructive accusations which we are now forced to clarify,” said Monsod.

Monsod stated that there was never any assurance or guarantee that the number one nominee on the BUHAY Party-list would always be Bro. Mike’s pick.

But it was only via Congressman Lito Atienza’s goodwill as the party’s founder that his two sons were granted the chance to be the party’s representatives for three full terms each. Cong. Atienza was the Mayor of Manila at the time.

“But what exactly turned off the Board today NOT to allow the two Velarde sons to be the party nominees for the 2022 elections, is the fact that – number 1, they got involved with the Napoles pork barrel scandal. Number 2 is that during the critical vote on the RH Bill, Michael Velarde was absent and abstained from voting,” Monsod continued.

Monsod stated that the primary goal of BUHAY was to shield the country from the devastating effects of the RH law.

“When Congress voted on this critical bill, BUHAY was not represented at all! We were so angry. We wanted to disband then, as well as disown this treacherous act of Michael Velarde. They do not represent what BUHAY is fighting for. But Cong. Atienza exercised prudence and decency by not making an issue out of it anymore. But if the Board had its way, we would have wanted them kicked out. The Board decides on the nominees, and not Cong. Atienza,” Monsod stated.

Monsod added, “My advice to them is – Don’t anger the Lord. May God forgive you for what you are doing. If there is anything that angers the Lord, it is two things – arrogance and telling lies.”

He noted that for the previous three Congresses, Congressman Atienza has served as BUHAY’s torchbearer. 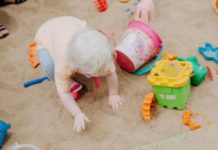 Best Hobbies That Parents Can Instill In Their Kids

All You Need to Know About Sales Force Automation

Following Innovative Bathroom Renovations Guideline To Get Your Dream One