PARIS  — The Renault-Nissan Alliance sold 8,528,887 million vehicles in 2015, thanks to record sales in the United States, China and Europe.

Renault, Nissan and AVTOVAZ, Russia’s largest automaker, account for about one in ten cars sold worldwide.

Renault, the fastest-growing brand in Europe, reached a market share of 10.1 percent in a market that rose 9.4 percent. Renault retained its light commercial vehicle leadership in Europe for the 18th consecutive year.

Nissan Motor Co., Ltd., sold a record 5,421,804 cars and trucks worldwide, up 2.1 percent.  In each of its two biggest markets, the United States and China, Nissan sold considerably more than 1 million units. Infiniti accounted for a record 215,250 vehicles, up 16 percent from the previous year, thanks to all-time high sales in all key regions, including the Americas and China.

AVTOVAZ, which sells cars under the LADA brand, sold 305,491 vehicles, down 31.5 percent due to the slump in the Russian marketThe Renault-Nissan Alliance has a majority stake in AVTOVAZ through a joint venture with state corporation Rostec.

Together, the Renault-Nissan Alliance and AVTOVAZ sell about one in three cars in Russia. The overall Russian car market plunged by more than 35 percent. The Alliance managed to increase market share in the past year, from 30.7 percent of the market in 2014 to 32.3  percent in 2015.

The Alliance’s top 10 markets in 2015 were the US, China, France, Japan, Mexico, UK, Germany, Russia, Brazil and Spain.

In the United States, Nissan set an all-time record with 1,484,918 vehicles, up 7.1 percent, resulting in a record market share of 8.5 percent. Nissan also set annual sales records for Rogue, Versa, NV and NV200. In the light truck segment, sales rose 20 percent compared with 2014.

In China, Nissan sold 1.25 million vehicles, up 6.3 percent. Nissan remains the leading Japanese automaker in China with a market share of more than 5 percent.

Earlier this month, Renault began production of the Kadjar SUV at its joint venture plant in Wuhan with Dongfeng Motors. This is the first model to be produced by Renault in China. The new plant will have an initial production capacity of 150,000 vehicles a year.

In Mexico, Nissan posted record sales of 348,941 vehicles, up 19 percent. With a market share of 25.8 percent for 2015, Nissan has held the top sales spot in Mexico for the last six consecutive years.

In Brazil, Renault’s second-largest market, its market share increased by 0.2 points to 7.3 percent in a market that contracted by 25.5 percent.

In India, which is expected to be an important pillar of Alliance sales and industrial growth in the future, Renault remained the leading European automotive brand with sales up more than 20 percent to 53,848 vehicles.

More than 80,000 people in India placed orders for the Renault Kwid compact hatchback since its launch in September. The Kwid is the first Alliance vehicle built on Common Module Family-A architecture, the smallest and most affordable category of cars in the Alliance CMF family. The Datsun brand will launch a model using CMF-A architecture later this year.

Through the end of December, the Alliance has sold a cumulative 295,000 electric vehicles worldwide. The first mainstream, mass-marketed EV, the Nissan LEAF, was sold in December 2010. Nissan LEAF remains the world’s best-selling EV with more than 211,000 vehicles sold since its launch.

Renault has sold a cumulative 83,000 electric vehicles worldwide since the Kangoo Z.E. went on sale in October 2011. The Kangoo Z.E. remains the top light commercial EV in Europe.

The Alliance sells about one in two electric vehicles worldwide, including Twizy, Renault’s two-seater urban commuter vehicle, and the Nissan e-NV200 van.

In calendar-year 2015, the Renault-Nissan Alliance sold 77,304 electric vehicles, down 6.4 percent compared with previous year, due to slower Nissan LEAF sales in the US and Japan. The 2016 Nissan LEAF has an all-new 30 kWh battery with a range of 250 km (NEDC), 20 percent more than the previous 24 kWh version. Nissan’s global EV sales fell more than 20 percent, while Renault’s sales increased 45 percent.

About the Renault-Nissan Alliance

The Renault-Nissan Alliance is a strategic partnership between Paris-based Renault and Yokohama, Japan-based Nissan, which together sell one in 10 cars worldwide. The companies, which have been strategic partners since 1999, sold 8.5 million vehicles in nearly 200 countries in 2015. In addition to AVTOVAZ, the Alliance operates strategic collaborations with automakers including Germany’s Daimler, Japan’s Mitsubishi Motors, China’s Dongfeng Motors, and India’s Ashok Leyland.

Nissan Philippines, Inc. (NPI) is the sole national sales company of Nissan in the Philippines which started its operations in 2014. NPI is responsible for strengthening brand, marketing and sales strategy, and dealer operations in the Filipino market. 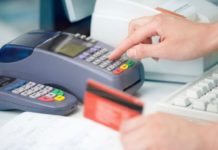 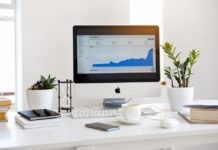 How to Break into Business Analysis 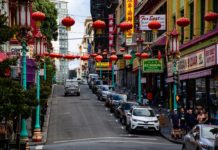 Top 7 Reasons To Incorporate Digital Wayfinding Solutions To Your Business