In recent years, an interesting phenomenon has emerged: a large number of CEOs of noteworthy corporations and startups alike have achieved rockstar-levels of fame. While company leaders of past years weren’t necessarily well known outside business circles, today’s CEOs are celebrities in their own right, with some achieving near-mythical status. And why not? They think things up and finds way to make their ideas a reality—with the help of an exceptionally excellent team, of course. Do you ever wonder what it takes to be one of these team members—what it takes to work with a top idea-churning, fast solution-thinking, stellar goal-setting CEO?

Here are a few traits that top leading CEOs look for when hiring a new team member:

Integrity is the quality of being honest and having strong moral principles—moral uprightness is far more powerful a trait than knowing all the unethical and lazy shortcuts. Because, after all, a big part of how far we get in life and at work as a human being is a direct result of how well we’ve come to follow our moral compass through our journey down the road.

And the mark of integrity is often seen in a person’s ability to disagree and stand by their principles.

It may come as a surprise to some, but not everybody appreciates extensively agreeable people. Though it may seem flattering, the interests of the CEO and the company far outweigh the desire for indirect flattery. The ability to challenge ideas and approaches to work because of strong-held beliefs, while respectfully voicing them, is the avenue to creating innovative and better ways to do things.

Every company has a culture and pulse of its own, and fitting into it is a crucial step for everyone. Whether you’re the the CEO or the new hire, not befitting the company culture deeply affects the morale and enthusiasm of others. CEOs choose to hire individuals fit for the culture they’ve built, whether or not the position to be filled is higher up. Why? Other than looking for what a new hire can contribute to the company, how goals are achieved is another factor to consider. Just think, 3 + 2 = 5, but so does 9 – 4. That’s why it’s important to understand what the company stands for, and how those values are reflected in the people they hire.

Talk about aspirations! Well, why not aim to be great? This brings us to the first thing about the CEO mindset: A CEO sees the great responsibility of what he does and how it reflects on the company, both internally and externally, while considering how certain decisions can advance or cripple the company as a whole. So CEOs want to surround themselves with like-minded people, who see the whole, and not just the parts.

Having the ability to clearly communicate and delegate tasks for big end goals, accept and learn from mistakes while treating it with levelled emotion, then revisit the drawing board to create a new strategy and do it all over again—while making sure that the end result benefits all areas of the company needs—are some of the “big-picture”-thinking traits that make an applicant stand out.

CEOs like building well-oiled machines so that they know they can count on a team to handle the situation and task at hand while they’re away.

There was a story that circulated a long time ago: A team was tasked to create the smallest digital camera possible. Upon presenting the first working prototype, the CEO said to make it even smaller. The team said that this is the smallest it can get. So the CEO drops the camera in a large glass of water and points out that there are bubbles coming from the camera. This means there is space to make it happen.

Quite a story, but it makes a great point. Ownership doesn’t just apply to owning up to mistakes, but to own the tasks given to the member. It means figuring out how to make the camera smaller—even when there are no clear answers—and independently thinking about solutions, all while treating any new undertaking with undeniable passion. To take ownership means to take full responsibility of a role, and to do whatever it takes to make it happen.

These are a few of the core traits that CEOs have been known to look for in applicants, and would be valuable to know for any HR personnel looking to capture the best hires out there. 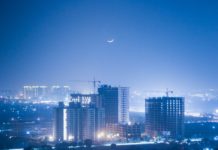 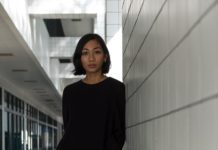